The federal government has settled a lawsuit involving a police assault against a young African Nova Scotian man in Digby ten years ago.The RCMP admitted to no particulars, but apologized and agreed to pay Brendan Clarke $248,000.

In October of 2002, Brendan Clarke, then 19, tried to make a purchase at a Digby corner store with a $100 bill. The bill was real, but the clerk thought it was counterfeit. Police were called. Surveillance video from the store shows police approaching Clarke from behind and punching him in the head while restraining him.

Clarke says the attack continued outside, where he says he was kicked and pepper-sprayed while handcuffed in the back of a Digby RCMP cruiser. 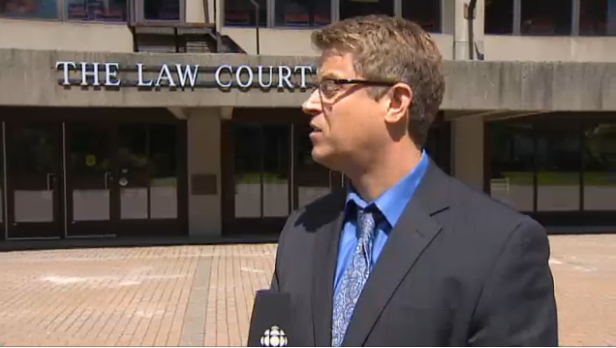 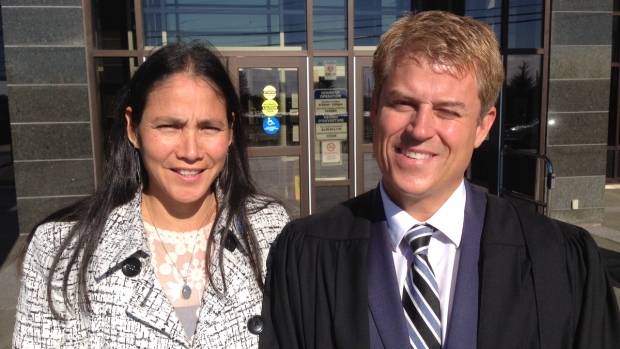 Anti-shale gas protester Annie Clair had all charges against her dropped in a Moncton courthouse on Monday, almost two years after the charges were laid in relation to incidents near Elispogtog First Nation.

Clair was scheduled for a four-day trial, but the Crown dropped the charges and she walked out to a small group of clapping supporters. Clair hugged her lawyer, Gordon Allen, and thanked him for his work.

"I'm really happy that it's all done and that I don't have any charges," said Clair. "It just shows that I did the right thing. And that I hope that they provincial government and SWN Resources Canada] realize that this is really important, that they don't do this to any other people any more and that this [shale gas development stops."

In 2002, having just been paid for his job at a fish and chip shop, Brendan Clarke tried to buy cigarettes and gum with a $100 bill at a Warwick Street convenience store in Digby, N.S. The clerks asked him to show identification and then refused to take his money over apparent concern it was counterfeit or from an illegitimate source.

Protestation from Mr. Clarke, a black man who was 19 at the time, prompted a threat from the store clerk that police would be called, which struck Mr. Clarke as a good idea.

Expecting officers to tell the store clerks his money was good, he waited inside the store. 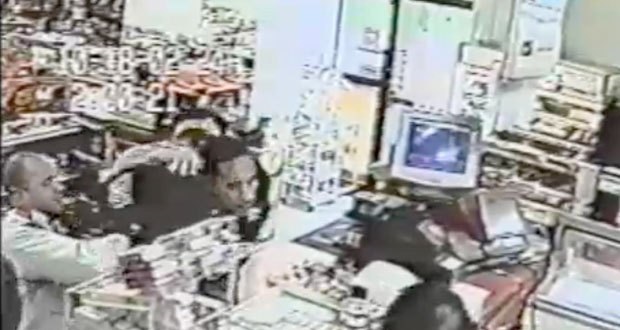 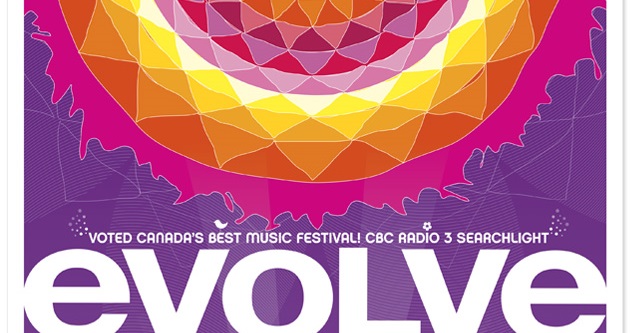 Halifax Regional Municipality has retreated, tail between legs, from its unconstitutional war on music festival posters. The lawyer who faced them down wants to make sure the tail stays put.

Just as the issue was going to trial, municipal prosecutors dropped charges against Evolve Festival organizer Jonas Colter, whom HRM police had pursued with unseemly vigor for advertising the alternative music event on sidewalk utility poles.

That’s a relief for Colter, who was facing $4500 in fines, but a disappointment for lawyer Gordon Allen, who believed his bro bono had a strong case on free speech grounds. Allen hoped a court judgment would deter similar police mischief in future.

Jordanian found not criminally responsible for attack on Halifax woman

A Jordanian national has been declared not criminally responsible for attacking a woman at a south-end Halifax apartment building in 2012.

Crown attorney Rick Woodburn joined with defence lawyer Gordon Allen in recommending a finding of not criminally responsible due to a mental disorder. 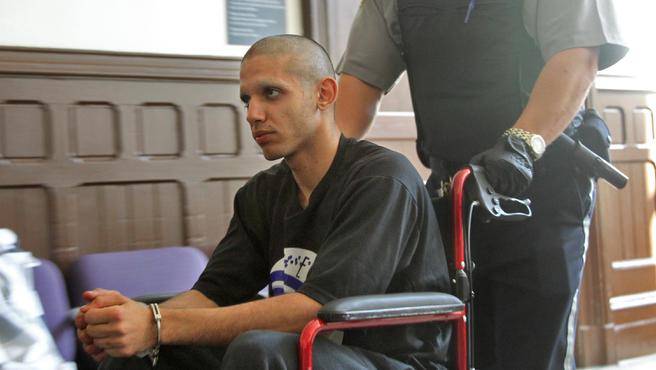 Evolve UPDATE - The Show Must Go On!

A Halifax woman involved in a mix-up of breast tissue samples that led to an unnecessary mastectomy for another woman in 2013 is suing two Halifax hospitals, a doctor, the Capital district health authority and the province. 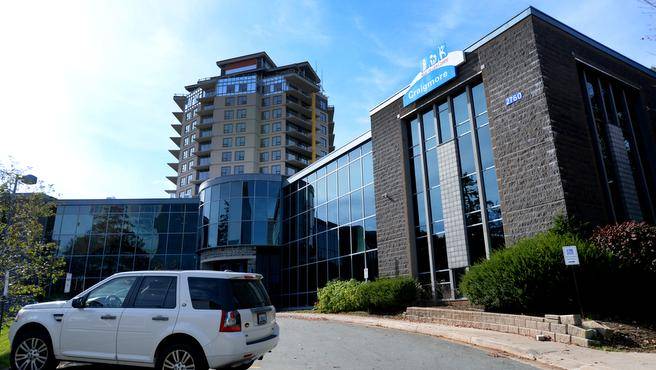 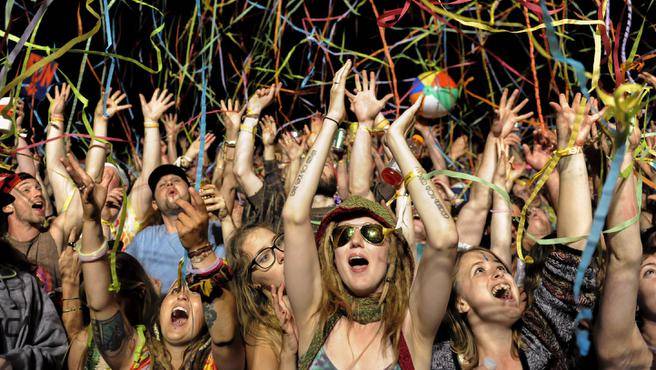 It appears the show will go on for the Evolve Festival.

The popular electronic music and arts festival in Antigonish looked to be in jeopardy on Tuesday, just days before it’s scheduled to begin, when the show lost its liability insurance due to plans to offer free drug testing.

A festival organizer who was arrested and slapped with $4,500 in fines for putting up posters is relieved Halifax regional council is updating its poster bylaw.

The Evolve Music and Awareness Festival organizer had put up about 400 posters around the city to promote the annual event. 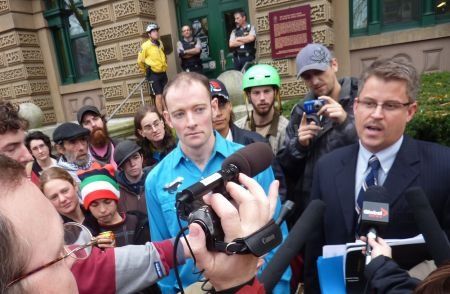 Howe will challenge charges based on Charter

Occupy Nova Scotia will get its day in court, ruled a provincial court judge this afternoon in Halifax.

Social activist and journalist Miles Howe pled not guilty to two charges: obstruction of justice (he sat on a tent that police were trying to remove from Victoria Park on Remembrance Day) and breach of a condition of release (he entered a public park), stemming from an arrest on the first charge. Howe and his lawyer, Gordon Allen, entered the not guilty...

In this case, the Nova Scotia Court of Appeal held that recognition of a Trinidadian marriage in extremis as a valid marriage under the Nova Scotia Wills Act did not require the Court to also apply, under the principle of comity, the entire Trinidadian law governing such marriages. Therefore, the Court held that such marriages can revoke a prior will, in accordance with the Wills Act, even though Trinidadian law would produce the opposite outcome.

In 1989, the appellant's ex-husband, Dr. Davies, executed a will naming her the principle beneficiary and executrix. Following their divorce, Dr. Davies began a relationship with the respondent, and the two entered into a marriage in extremis in Trinidad and Tobago in July 2007. The trial judge found that the marriage between Dr. Davies and Ms. Collins in Trinidad, although its form was not recognized in Nova Scotia, constituted a marriage within the meaning laid out in s. 17 of the Wills Act. Then, the trial judge applied Nova Scotia law to determine that the marriage revoked the original will.

After the deceased and the applicant were divorced, he moved to Trinidad where, on his deathbed, he remarried. Under the laws of Trinidad, a marriage in extremis did not revoke a party's prior will and since the ex-wife was the only beneficiary under the deceased's will, she commenced litigation in Trinidad to contest the grant of administration to the current wife. When this was unsuccessful, she applied in Nova Scotia for a declaration that the laws of Trinidad should be given effect under the Wills Act, which also proved unsuccessful She now sought costs out of the estate but the current wife argued the applicant should pay her costs.The applicant will pay the wife $4,000 (the Tariff C maximum multiplied by four); the applicant's motivations and her conduct of the litigation were sufficiently troubling to justify a departure from the presumptive costs award in estate matters. Although the question of whether a marriage in extremis would revoke a Nova Scotia will was not a vexatious...